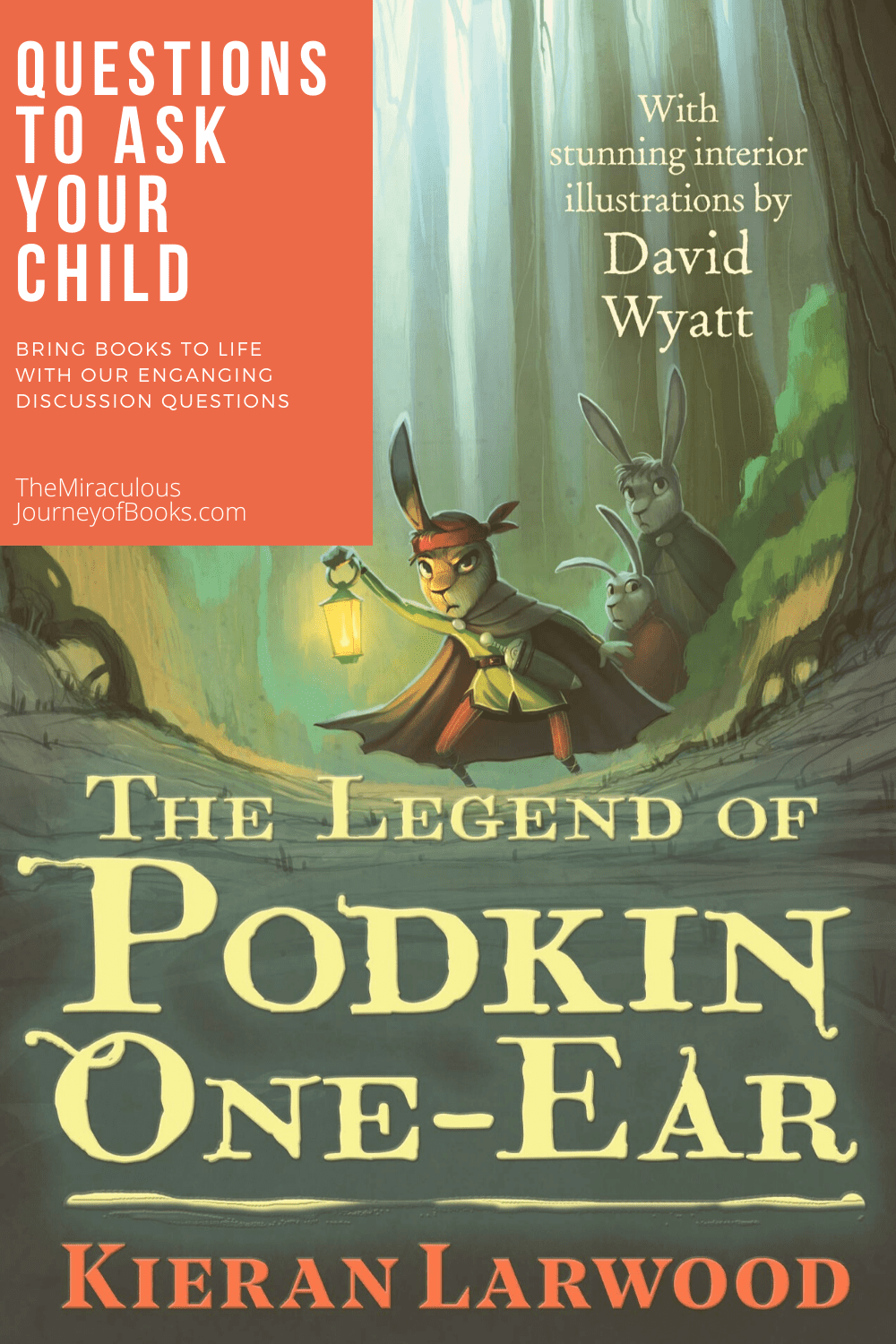 The Legend of Podkin One-Ear is the first book in a series called The Five Realms. I initially read this book because it was on our state reading list that we challenge students to read each year (Sunshine State Young Reader Awards). I was very skeptical, and quite sure that it would be my least favorite of the fifteen books because I don’t typically enjoy animal fantasies, but it ended up being my favorite read of the year. Actually, it still ranks in my list of favorite books!

The tale, told by a traveling bard during Bramblemas, is about one young rabbit, Podkin, and how he is thrust into an epic adventure with his older, hardworking sister and his baby brother. Their clan is attacked by a much larger bunch of rabbits, known as the Grom, that leave them running for their lives. Podkin, the heir to the throne of his clan, is a very well developed character through the story and the lessons he learns are applicable to all who read the story. He begins as a lazy, rude bunny, but transforms into a great warrior and legend.

Why does he have one ear, you may ask? Well, you’ll have to read it to find out!

This story is appropriate for children ages 9 and up. Most of my students read it on their own and it was so exciting to hear them recommend it to their friends after they finished! Also, I loved it as an adult, and so did many of my teacher-colleagues (who read it for our school challenge) and other close friends.

What Parents Need to Know

The Legend of Podkin One-Ear is an extremely exciting tale that includes several intense fighting scenes and situations. Podkin and his siblings are protecting themselves and their family from the Gorm, which are massive rabbits that are compared to zombies. In the beginning of the book, Podkin’s father is killed by them. This leads to Podkin’s rise as his clan’s leader, as well as his growth and maturity from a lazy rabbit to a true warrior.

It has the potential to be too intense for very sensitive children, but I think most would find it inspirational and exciting. I believe the themes of family, sibling love, and perseverance outweigh the negatives in this case. However, it’s another reason I think it would be great to read this one with your children.

David Wyatt has beautiful illustrations sprinkled throughout this book. Each one is a two-page spread that is extremely detailed, and requires careful attention by the reader. They add so much to the story and help carry the reader’s imagination into the legend.

This story would make a fantastic read aloud to share with your kids! It’s especially appropriate since the legend is told by a bard.

Also, even if you choose not to read the entire story aloud, I would recommend reading the first chapter or so with younger kids, or at least questioning your child about it to ensure they understand what is happening. I found, with my fifth grade students, that many of them misunderstood who was narrating the story. The bard is introduced in the beginning and then he goes into sharing the legend of Podkin. They struggled to discern the two settings, or time periods, which is understandable.

Other Books by Kieran Larwood

Thanks for reading our book review of Podkin One-Ear. You can find other reviews in our Library. 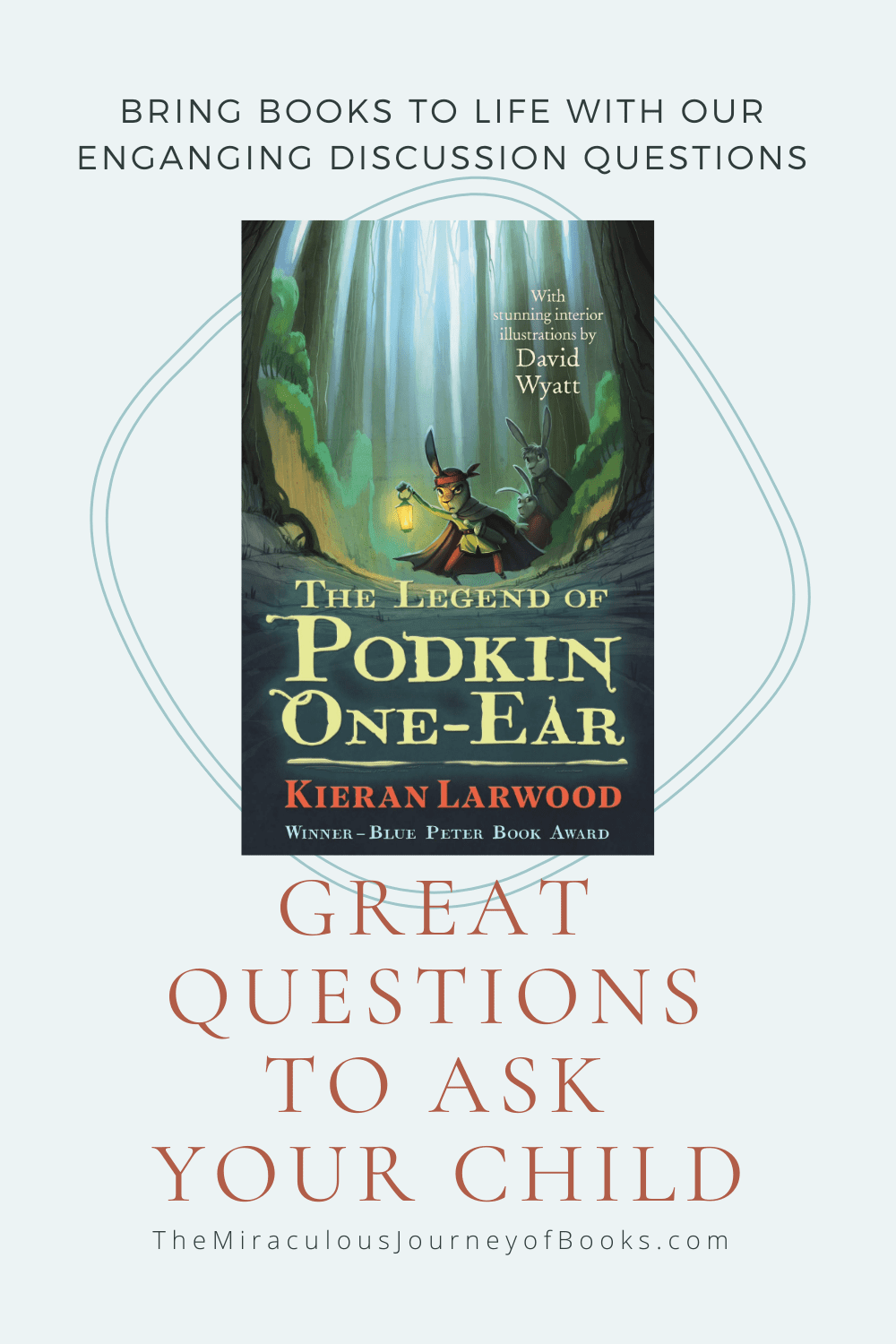 *We use affiliate links to share products with you. If you use the link to make a purchase, the cost of the book doesn’t go up for you. However, we will receive a commission and we do appreciate your support. 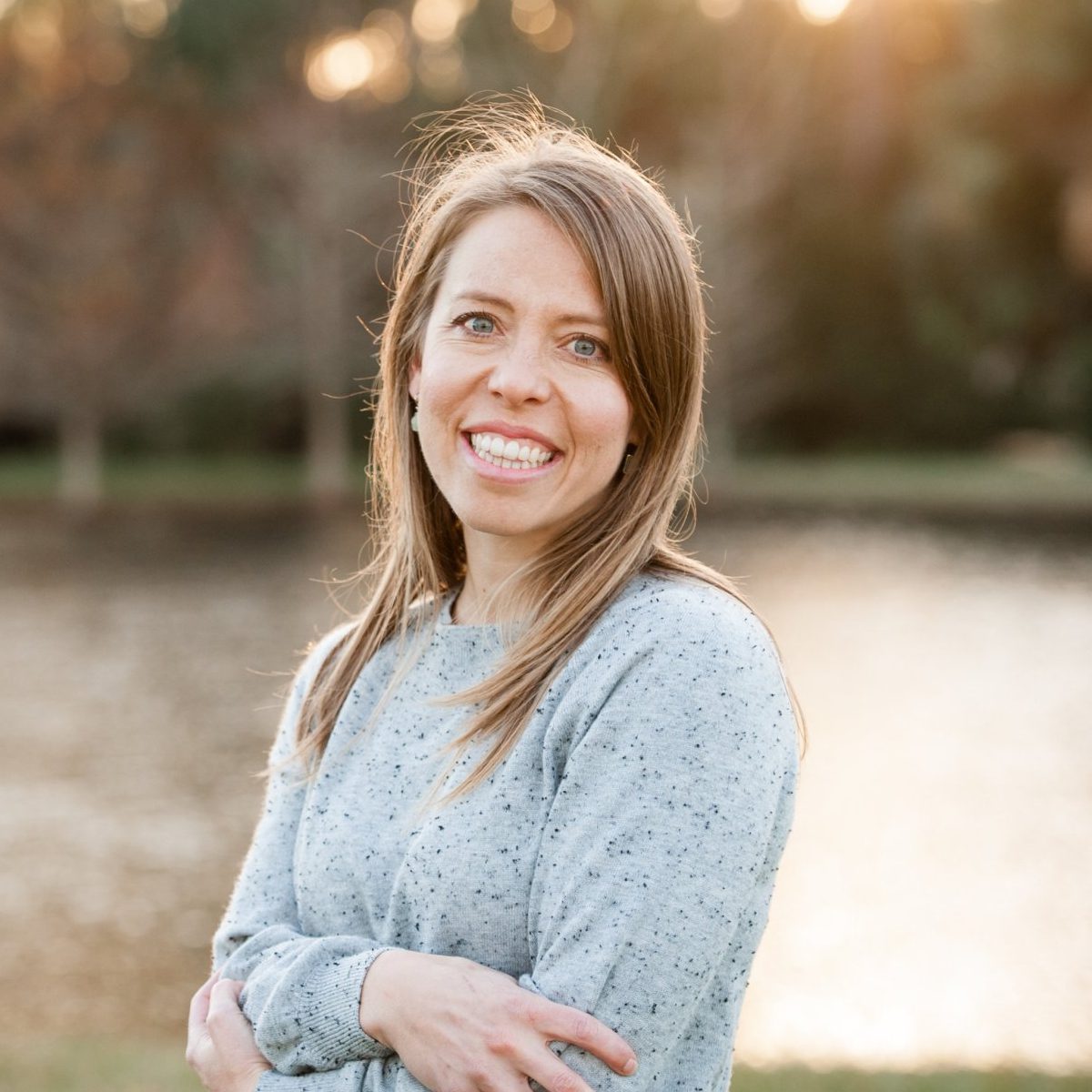 I’ve created The Miraculous Journey of Books because I know parents like you want to build a lasting and loving relationship with your children. I have worked with hundreds of children in order to help them envision the books they read. It is now my goal to share my tips and resources with you, so you can experience the magic of books with your child.